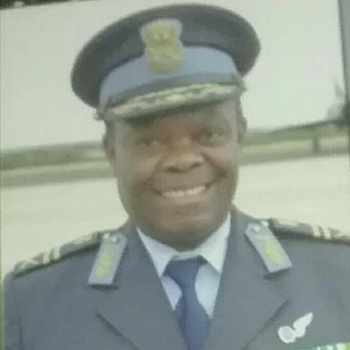 In pursuit of social justice and self-determination, is it generally expected that “nothing is achieved without toil". The struggle against dehumanization and degradation of black South Africans at the hands of colonial apartheid ignited a fierce determination amongst many youngsters of the 1970s to equip and prepare themselves for the unknown future.

“Those who complete the course will do so only because they do not, as fatigue sets in, convince themselves that the road ahead is still too long, the inclines too steep, the loneliness impossible to bear and the prize itself of doubtful value" - Thabo Mbeki. On foreign lands, confined in various camps and where fatigue was not an option, they remained true to the course.

As the country and its heritage sites continue to celebrate the living heritage and pride of the nation, the SAAF Museum, in line with its endeavours to present a Collective Military Aviation Heritage, reflects and celebrates the selfless contributions of Major General (ret) Happy Bhembe.

Born in 1957,  two years after the adoption of the People’s Freedom Charter in Kliptown, Happy Andries Bhembe is a South Western Township (Soweto) boy but mostly an African son by birth and ideological conviction. Like many others, the household’s dominant narratives informed his ideological direction. It was no coincidence that during his matriculation at Musi High, Pimville in 1976, he crossed the borders and temporarily settled in Swaziland as a Pan Africanist Congress of Azania (PAC) and later the Azanian People’s Liberation Army (APLA).

Being away from the motherland meant exiles had limited resources to complete the liberation course, however they soldiered on. As limited as they were in terms of resources, they welcomed every opportunity to educate themselves. “Education is the great engine of personal development. It is through education that the daughter of a peasant can become a doctor, that the son of a mine worker can become the head of the mine that a child of farm workers can become the president of a great nation. It is what we make out of what we have, not what we are given, that separates one person from another” - Nelson Mandela.

His educational conquest continued in Nigeria where he obtained a Diploma in Aircraft Maintenance Engineering from the Nigerian Civil Aviation Training Centre in 1977 and is one of the surviving members of APLA's class of ’77. With that qualification as well as licenses on airframes and engines, he plied his trade as an Aircraft Maintenance Engineer in Nigeria and Tanzania from 1980 to 1982 and 1983, respectively. For him, “education, whether formal or informal, is a tool that unearths one’s potential. It enhances your thinking and is able to structure one’s life. It is the key that unlocks many opportunities”, he said. 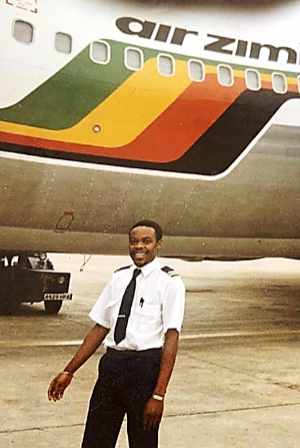 From 1983 to December 1985, he undertook various military related responsibilities which included military training and logistical duties within the APLA camps in Tanzania. His personal career and skills development continued in Ethiopia in 1986 where he studied the systems of the Cessna 150 and 172, Douglas DC-3/C47, Bell 47J and Boeing 707 & 720B, Ground Handling as well as Regulations. Two years later, he became a qualified Flight Engineer and went on to work for companies like Ethiopian Airlines, Air Zimbabwe and Impala Air Cargo up until December 1994.

The unbanning of the liberation movements and the inevitable demise of the colonial apartheid system in the early 90s paved the way for gradual reforms in the country. When the country called on his expertise in 1995, he voluntarily integrated into the South African Air Force as a Lieutenant Colonel responsible for all logistical requirements at 60 Squadron. Like all other former exiles, he experienced a certain degree of resistance and career intimidation from within. Unfortunately for the intimidators, they were faced with an experienced and well-travelled aircrew member. He aced the flight crew (aircraft engineer) interview. Three years later, he was won the appeal to the rank of Colonel and appointed as Senior Staff Officer Systems Engineering at the Directorate Technical Support Services as well as an Integrated Logistic Support Officer at Directorate Air Transport and Maritime Systems.

The Argentinean Marxist revolutionary and military theorist, Ernesto “Che" Guevara, once argued that “the first duty of a revolutionary is to be educated” and knowledgeable on matters of immediate interests. Major General Bhembe is an educationalist in his own right and attended a number of courses including Environmental Risk Management, and Principles and Practice of Environmental Management at the Potchefstroom University; Senior Management Development Programme at the Pretoria Technikon; Product Systems Management; Private Public Partnership and Project Finance Training through the National Business Initiative; as well as the Defence Resource Management Certificate from Naval Postgraduate School, California.

In 2000 and 2001 he successfully completed his Senior Staff Course and the Executive National Security Programme, respectively. Later in the same year, 2001, he was elevated to the rank of Brigadier General as Director Base Support Systems. In December 2002, the organization called on his expertise and appointed him as Director of Logistics. As Director Logistics, the organization entrusted him with responsibilities like to “developing, evaluating monitoring and supervising logistical plans and programs including war reserve materiel, deployments, employment, and support planning and agreements for the SAAF", he explained.

He was promoted to the rank of Major General as Chief Director Force Development and Support (CDFDS) in 2005 and served until November 2010 before being appointed as Chief Command and Management Information Systems (CCMIS) in that December. As CDFDS, he was tasked with the “management of operations test and evaluating the services to ensure that air worthiness and certification were within system integrity all times", he said. He was also expected to “ensure that air safety regulations were in accordance with SAAF’s standards and the country’s legislative rules on aviation”. During this time, he formulated the SAAF’s first Support Logistic Strategy. He was instrumental in the formulation of logistical support plans for long-term maintenance and operations (20 – 30 years) for programmes such as:

Furthermore, the SAAF was able to address transformational matters within the technical environment. The SAAF started sending members to universities like Witwatersrand and Cape Town, breaking the historical hegemony of the University of Pretoria. The SAAF corrected the integration, “process", misplacement of many technical members and foreign learning opportunities were soon extended to all members. For him, the SAAF has made reasonable strides towards transformation. However, more still needs to be done.

And as CCMIS, he formulated the ITC strategy and policy of the SANDF in 2011. The strategy, he said, included among other things “future proofing, procurement as well as external and internal standards layout by the SANDF”. Furthermore, he was expected to “manage a multi-year group IT vision, strategy, and modernisation roadmap that needed to fall into three tiers of short, medium and long-term budgeting frameworks based on corporate/defence/national strategic plans, operational imperatives, business capabilities, and governance prescripts”.

In January 2017, Major General Bhembe retired from the SANDF. He is in good health, in great shape and remains a fountain of knowledge from which the country can still draw from his many years of experience. He is an asset for any organization that seeks a highly structured, articulate and strategic executive.

Writing for the Ad Astra Magazine in 2007, the then Brigadier (now, Major) General Wiseman Mbambo, emphasized the importance of education within the military and cautioned that “the nation that will insist on drawing a broad line of demarcation between the fighting man and the thinking man is liable to find its fighting done by fools and its thinking done by cowards” (borrowed from Sir William Francis Butler).