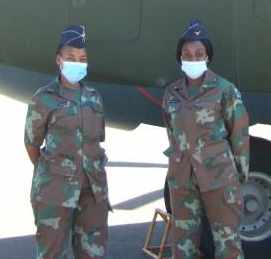 In the late 1960s the South African Air Force ordered nine C-160Zs which were assembled at the Nord plant and the first SAAF example test-flew in January 1969 with its first delivery being in August 1969, being placed at 28 Squadron at Air Force Base Waterkloof. During this period SAAF squadron crews were also sent for conversion training in France.

With its large internal capacity which permitted payloads of bulkier cargo than the C-130 Hercules, the SAAF employed it to assist Mozambique after the Danish freighter “Pep Ice” ran aground on the Bassas da India reef in the Mozambique Channel. During this operation one of three used was used to carry a partly dismantled Puma helicopter from Air Force Base Waterkloof to Europa Island.

In November 1987, an SAA Boeing 747 crashed in the sea near Mauritius, the SAAF sent Transall aircraft with two Puma helicopters to assist with finding any sign of the159 passengers and crew members who had lost their lives during the crash. 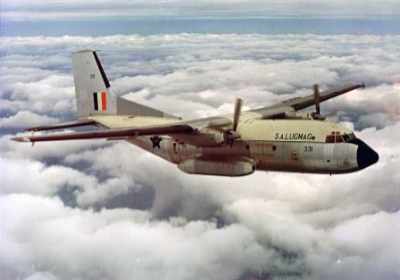 On 4 August 1991, three Dakota MPAs, a C-130 and a C-160 were dispatched to the Transkei coast to assist with the rescue of 219 passengers on board the passenger ship “Oceanos”.

28 Squadron used both the C-160 Hercules and the Transall C-160 but in January 1993, the C-160 was phased out due to budget constraints and high short-term refurbishment costs. The Hercules remains in service and continues to deliver excellent service.

[Photo right: The Transall C-160 in its delivery colour scheme ]

Eight of the aircraft were eventually scrapped and the SAAF Museum at AFB Swartkop now has the sole remaining example (no. 337) and is on public display.

In some cases, they are permitted to enter the aircraft on special request and with authorization. The aircraft arrived at the SAAF Museum on 16 May 1993 after having flown 7262 hours and having made a total number of 6704 landings.

The main cabin can be fitted to carry 90 troops or up to 64 fully equipped paratroops. For medical evacuation, the cabin can accommodate 62 stretcher patients. In the cargo transporter role, the aircraft can carry a maximum payload of 16,000kg, including armoured vehicles, tanks and palletised or unpalletised loads. The floor is fitted with lashing points rated at 5,000kg on a 20in grid pattern. Lashing points rated at 12,000kg are fitted in the side walls of the cabin. 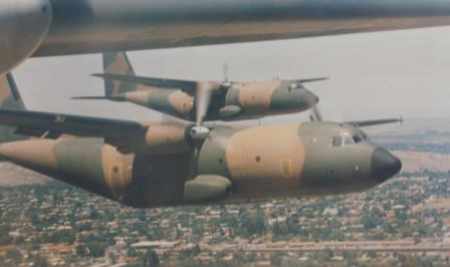 The cockpit accommodates four crew: the pilot and co-pilot, flight engineer, and navigator. A loadmaster may also form part of the crew. The aircraft is powered by two Rolls-Royce Tyne R.Ty.20 MK22 turboprop engines, each rated at 4,550kW. The engines drive four-blade, reversible-pitch, constant-speed BAe 4/8000/6 propellers, built by Ratier Figeac in France.

[Photo left: The Transall C-160 in its operational colour scheme]