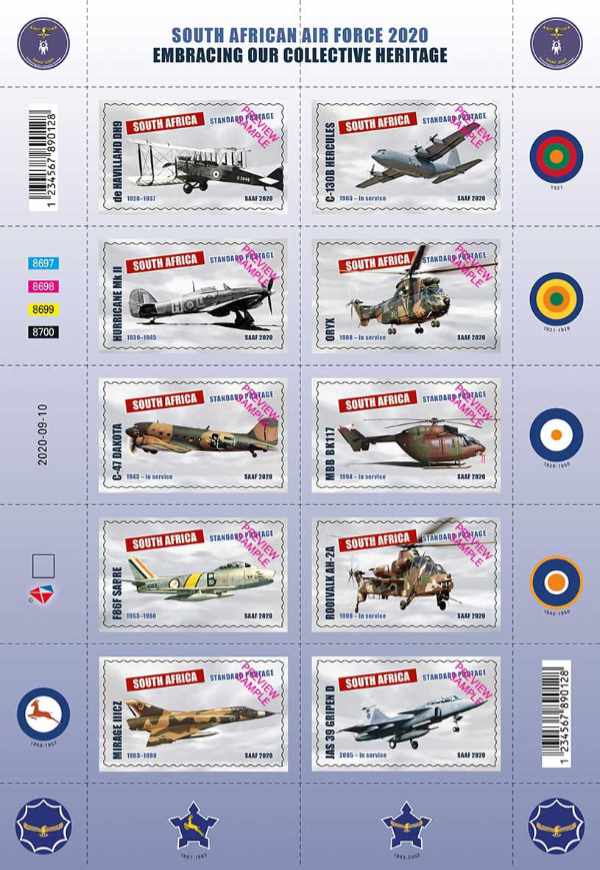 According to Major Ntshangase the SAAF, through the initiative of the country’s Postal Services, has been acknowledged for its commitment and dedication towards the people of the country. Postage stamps are seen as the “smallest ambassadors” of the country and via the SA Post Office, the SAAF has been granted an opportunity to celebrate its collective heritage with the peoples of the world. Furthermore, the Major continued, “since the SA Post Office’s services are available to all, the stamps will allow the SAAF to expand its footprint to all corners of the country".

In his acceptance speech, the Chief of Air Force emphasized the role and importance of heritage in uniting any society. He urged all in attendance to jealously guard and protect the Air Force’s Collective Heritage. “The stamps are a true testimony of the continuous work by the Museum staff to collect, restore and preserve our collective heritage”, he said. He cautioned members of the Air Force against taking for granted the trust bestowed on them by the SA Postal Service as ambassadors of the country.

Major Ntshangase explained that “this is a milestone in the history of the SAAF - for the first time ever the Air Force will have a full series of postage stamps of its own”.  In 1993 eight aircraft which had previously flown in the SAAF formed part of a series of twenty five postage stamps on aviation in South Africa, in 1995 a single stamp celebrated the SAAF’s 75th anniversary and in 2003 four SAAF aircraft which formed part of a eight stamp series celebrating 100 years of powered flight.

The postage stamps will showcase a combination of historic and current aircraft of the SAAF, representing a particular era, event or operation.  The postage stamps will be printed and sold under the theme, “Celebrating Our Collective Heritage” and according to Major Ntshangase this theme would have been employed in this year’s SAAF Museum Air Show.

In a statement by Ms Thea Clemons, the Graphics Designer from the SA Post Office Philatelic Section, “all the processes in the preparation and production of stamps have been severely affected by the COVID-19 pandemic, causing all the stamps that were planned to be issued from July to November 2020 to run behind schedule. We estimate that stamps planned for issue in September will now only be available from the first quarter of 2021”.

Aerophilately – or the study of aviation-themed postage stamps and airmail – is a popular hobby enjoyed by enthusiasts of all ages around the world. It is envisaged that this unique set of postage stamps will generate much interest within this global fraternity and the public in general. 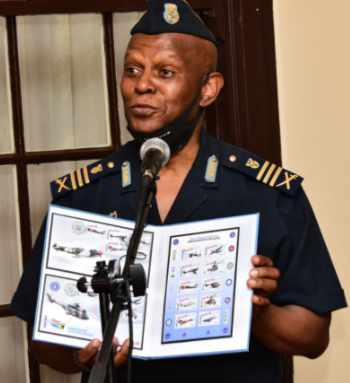 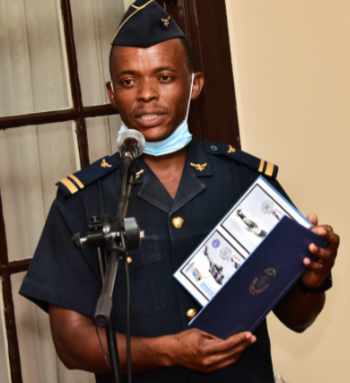